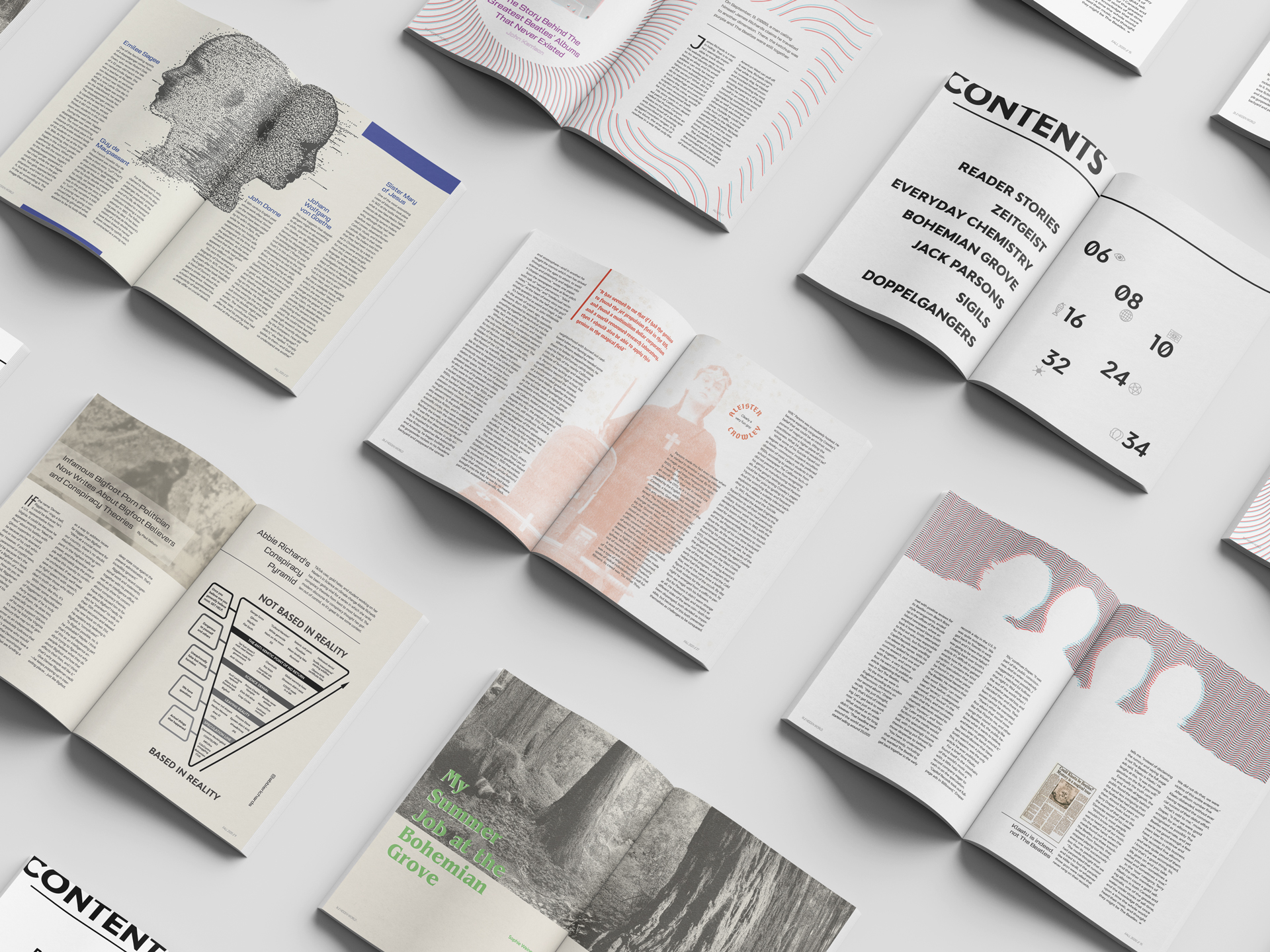 Hidden World is a magazine on the fringes of reality, amongst the paranormal, occult, conspiratorial, and absurd.

ChallengeWhile many fringe subjects are fascinating, they are often detached from reality in a way that can be harmful. How might we address interest in the inexplicable without becoming unhinged?

SolutionThere is an opportunity to discuss the strange and unknown while still acknowledging reality—and to present an accessible departure from the destructive aspects of fringe theory with a sense of levity. Hidden World provides a space that explores the weirder side of reality and delights in how ridiculous these topics can be. 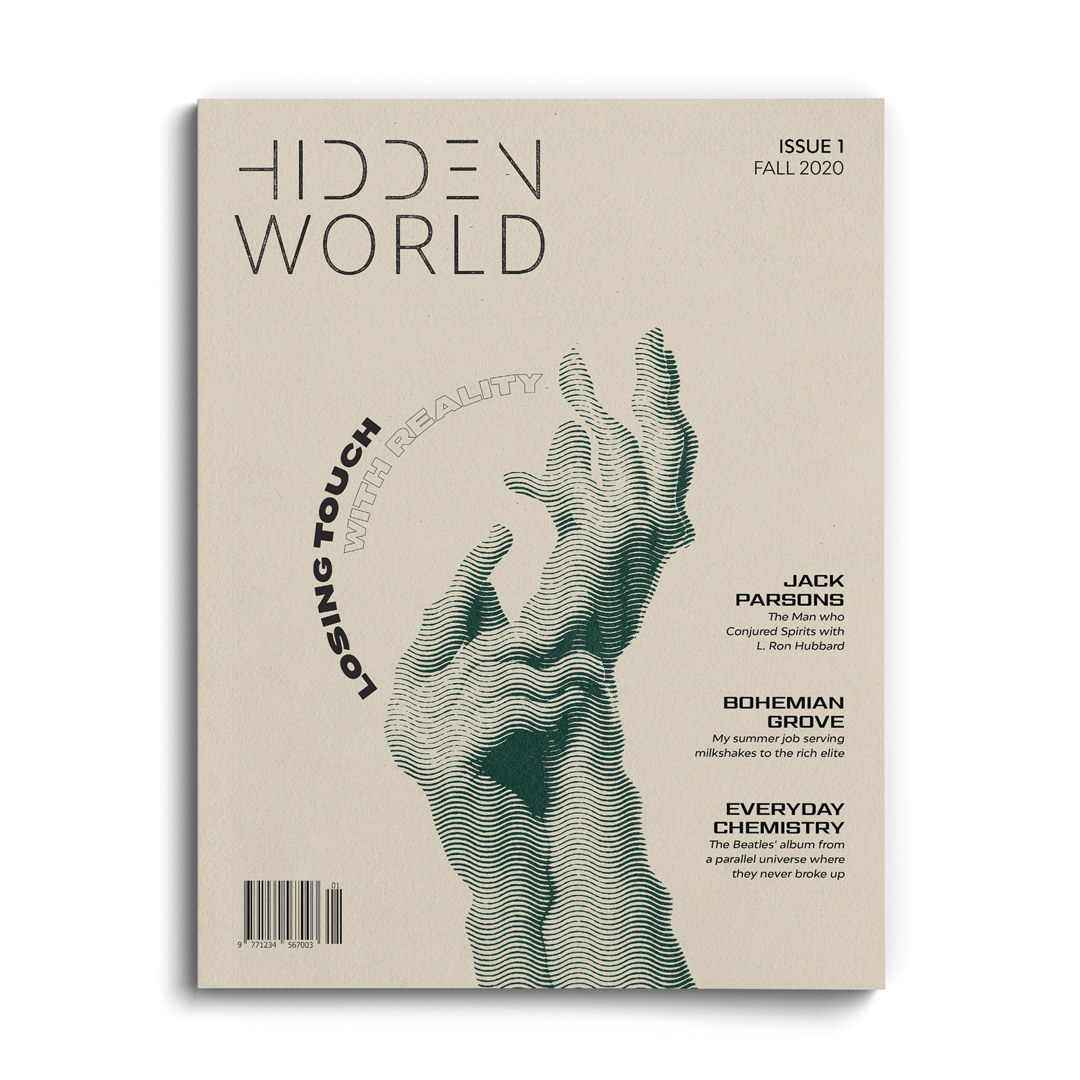 For the initial phase of this project, I had to establish who the audience was. I reached out to my network and conducted short interviews about paranormal experiences or particular interests in conspiracy theories. From there, I established three primary personas as my target audience. 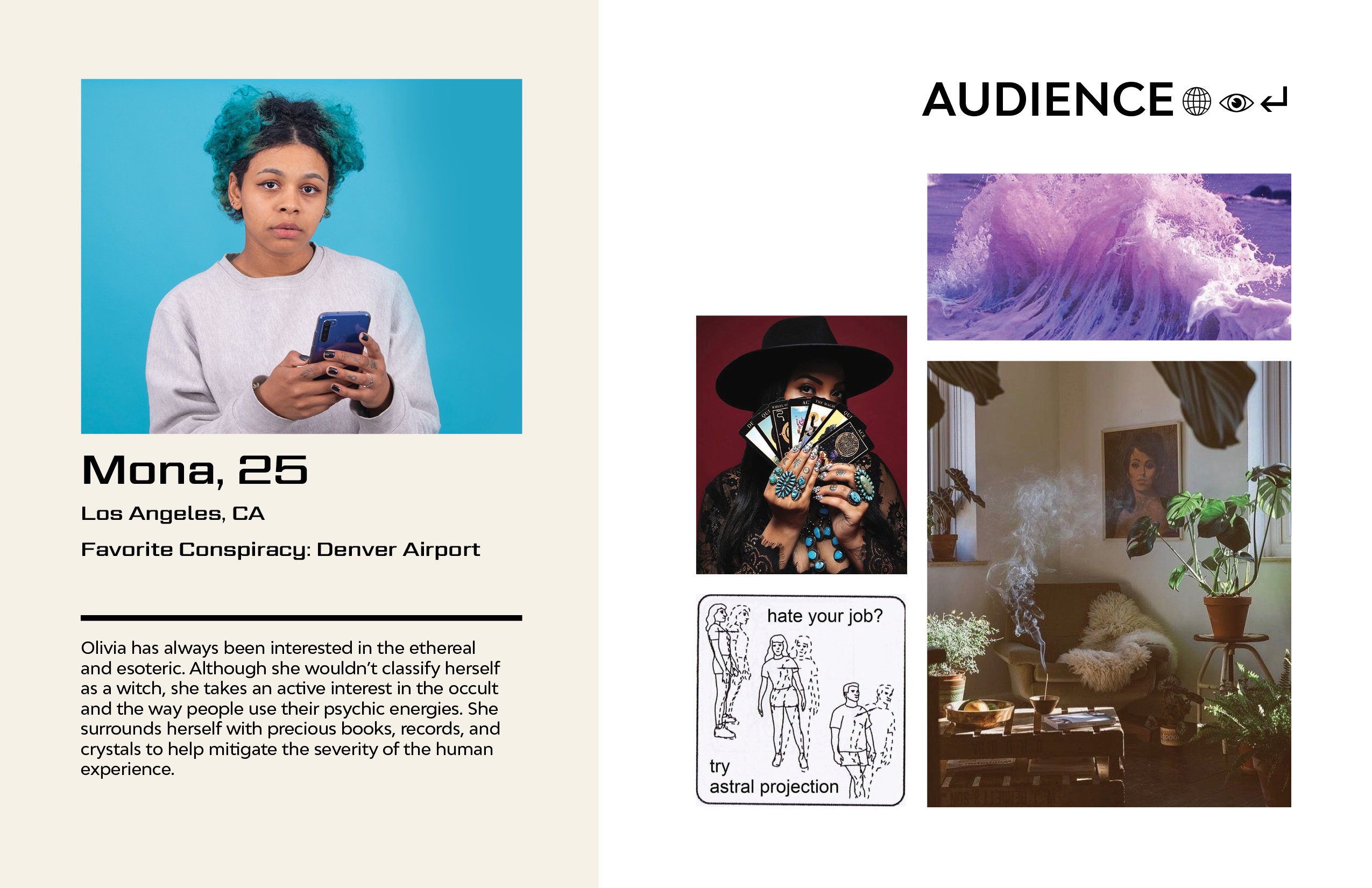 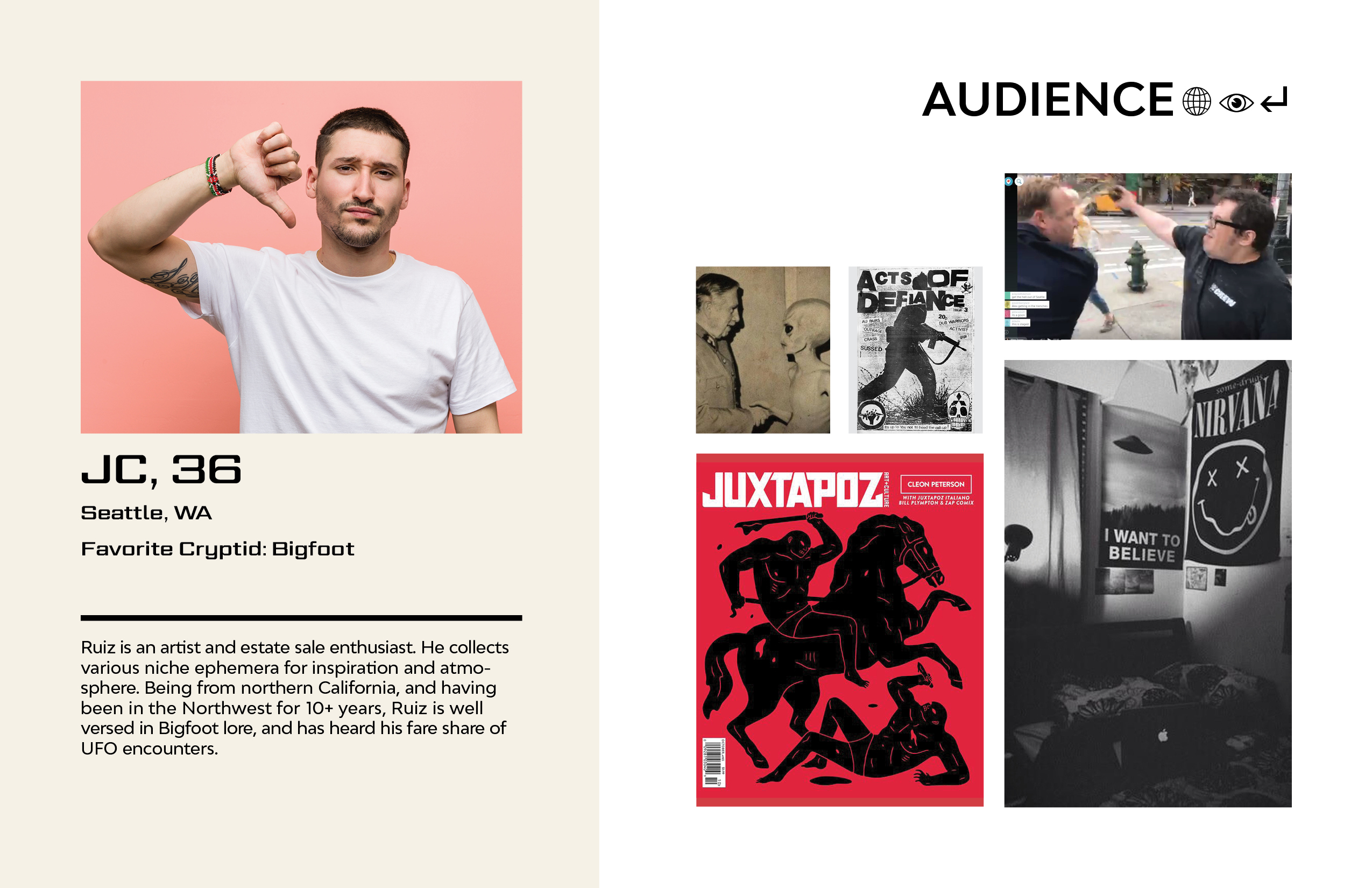 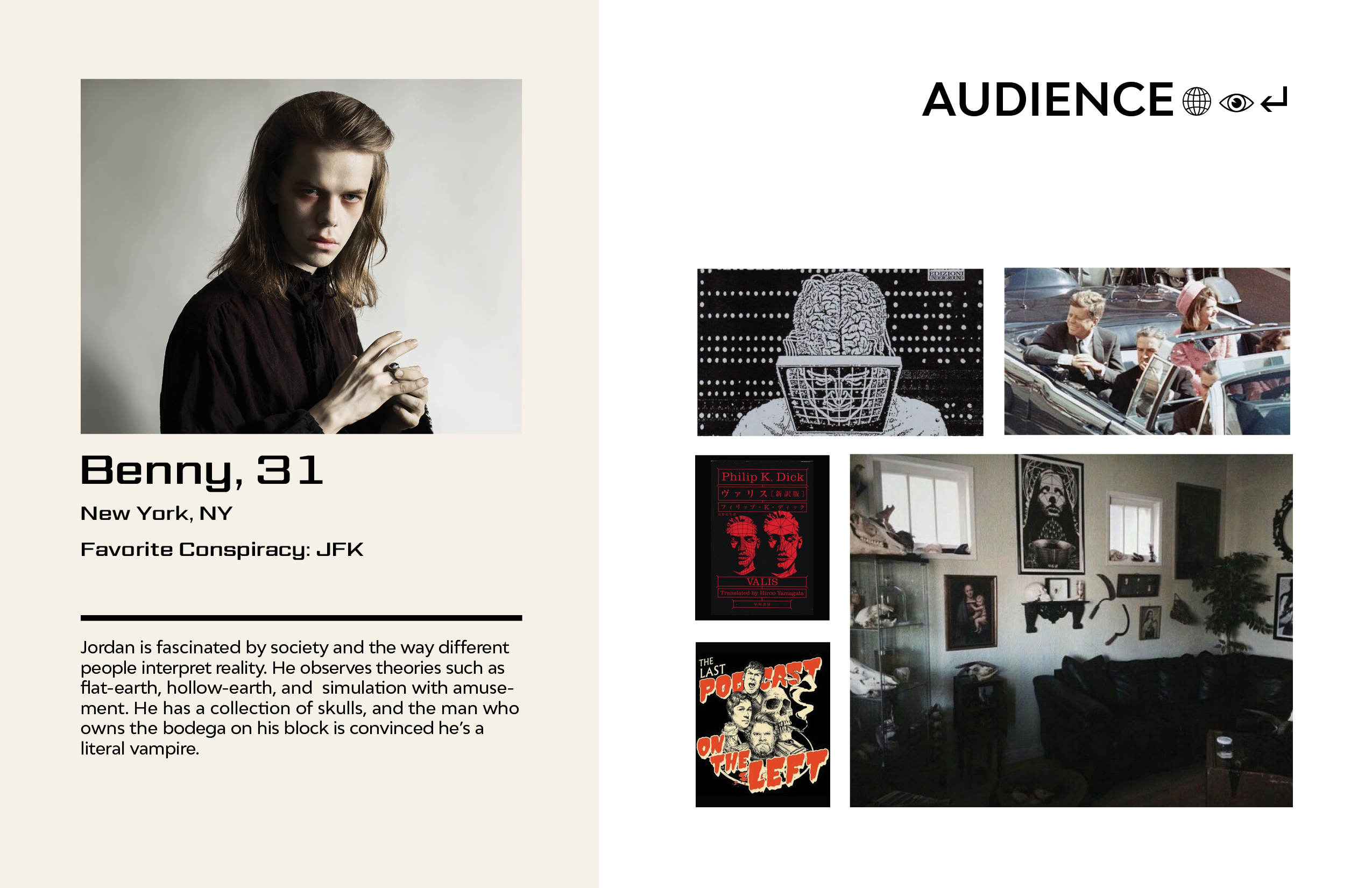 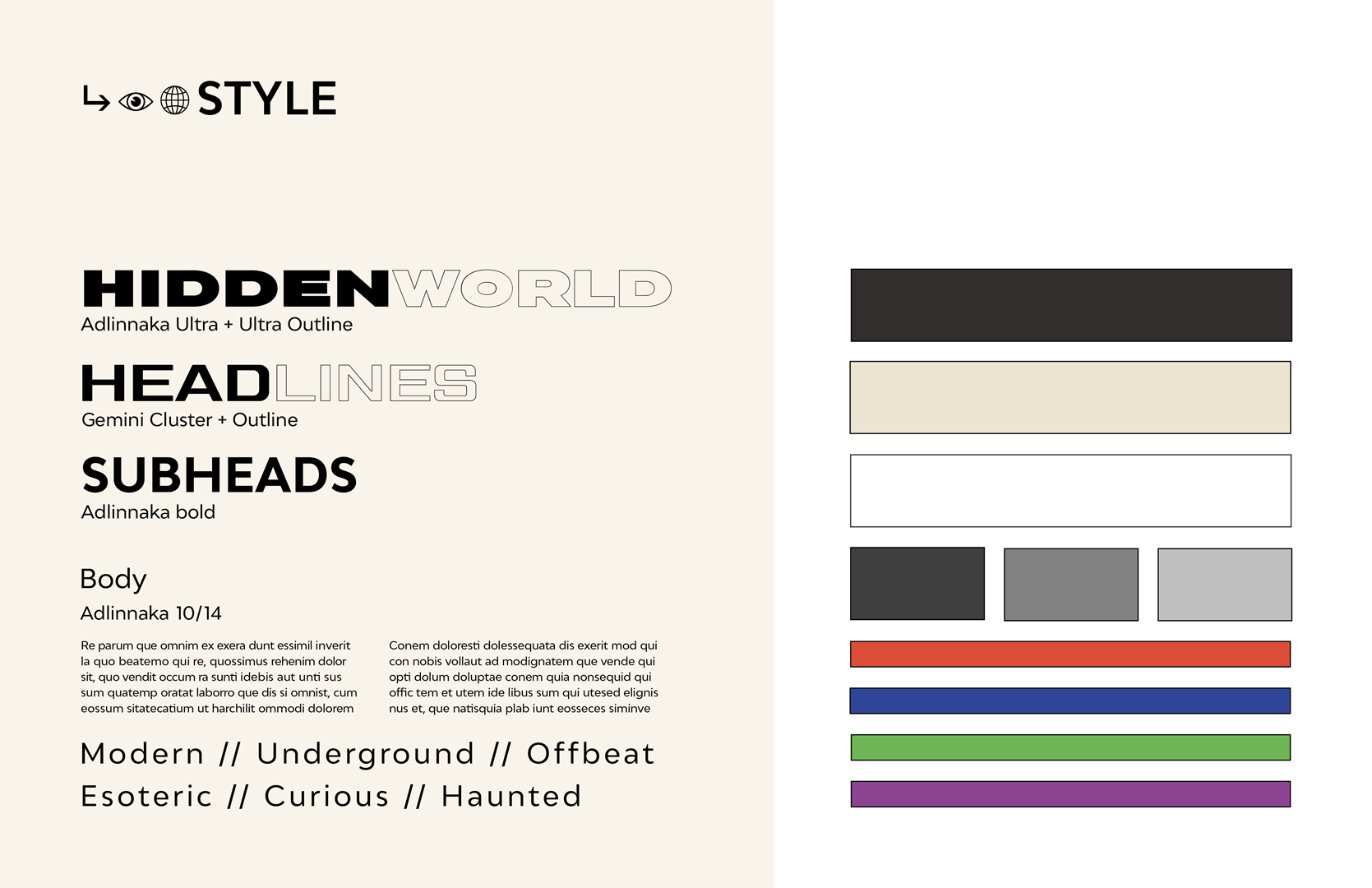 With the appropriate content collected, I organized my estimated page count into a flat plan and began working on the visual identity. I wanted Hidden World to feel underground and niche, so I adapted some stylization from vintage publications with limited color palettes and worn, xeroxed photography. 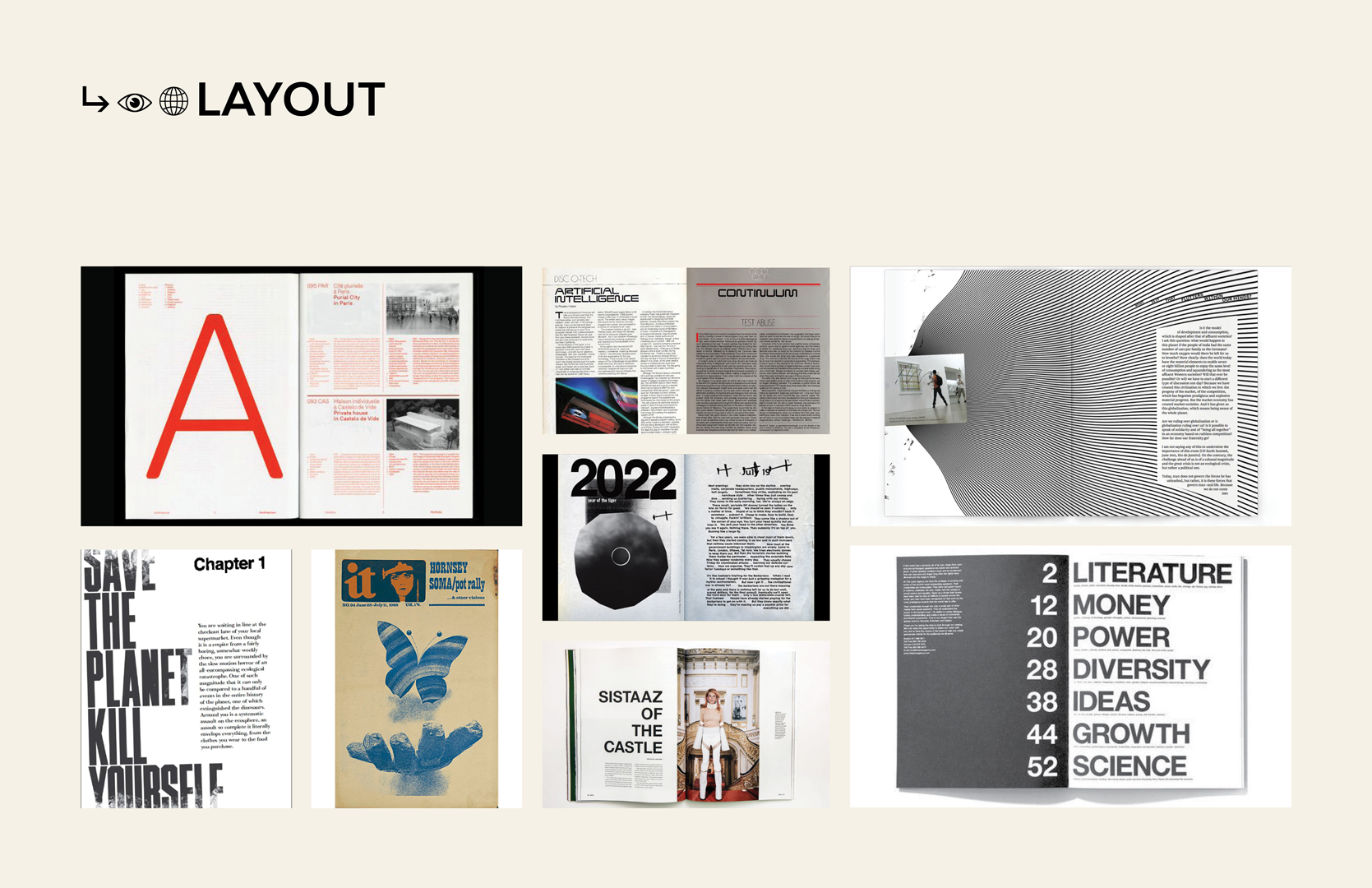 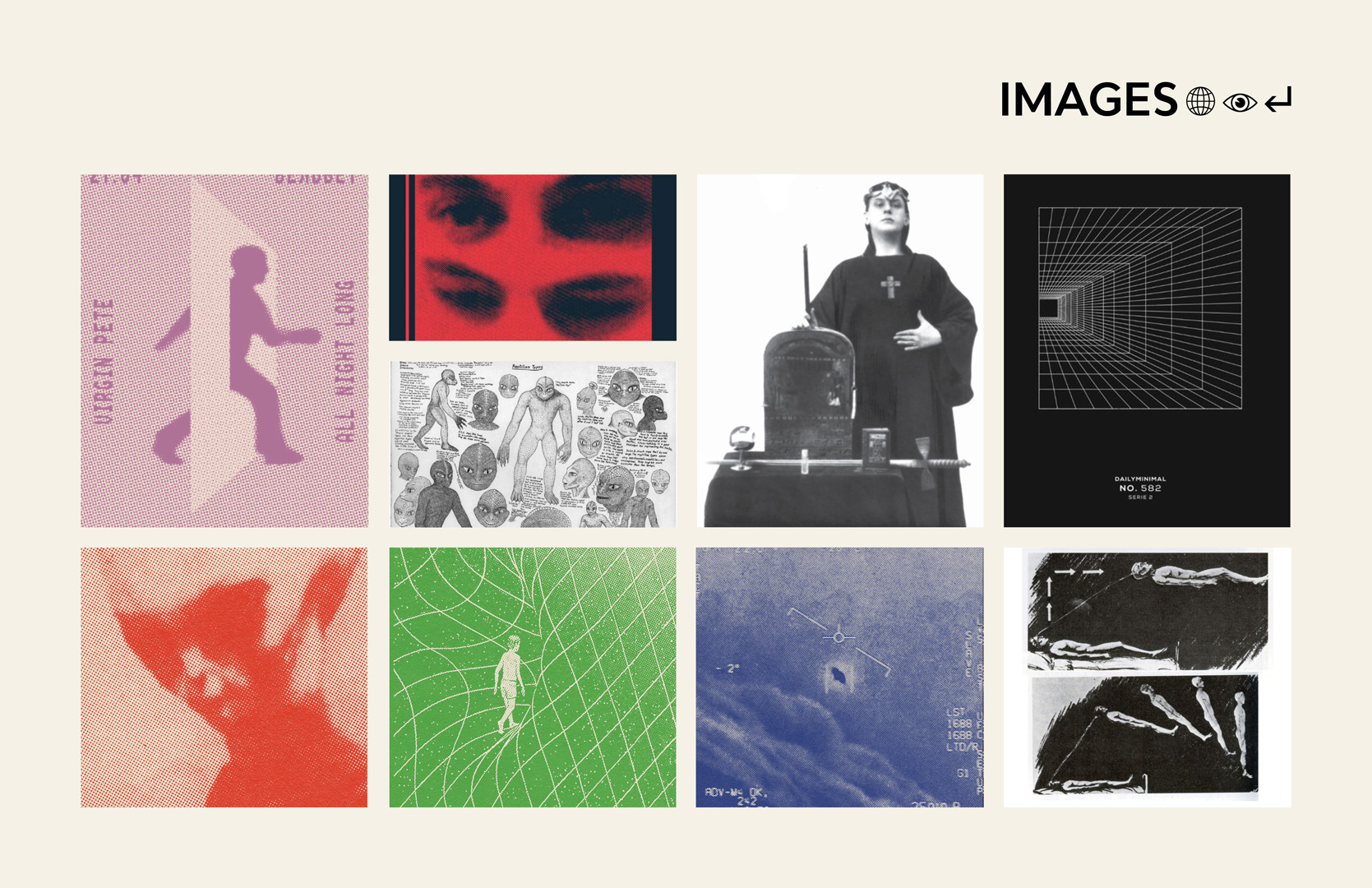 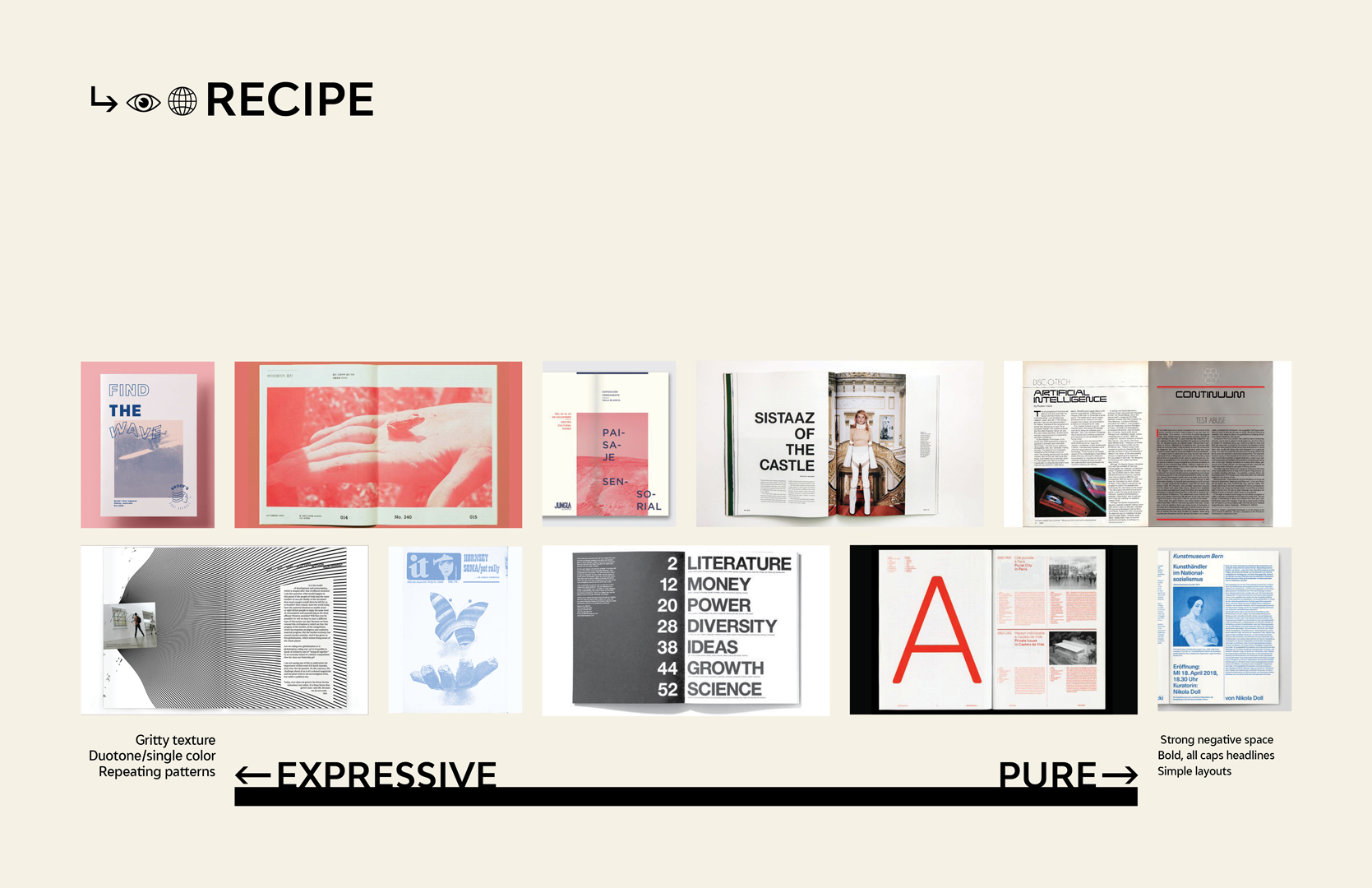 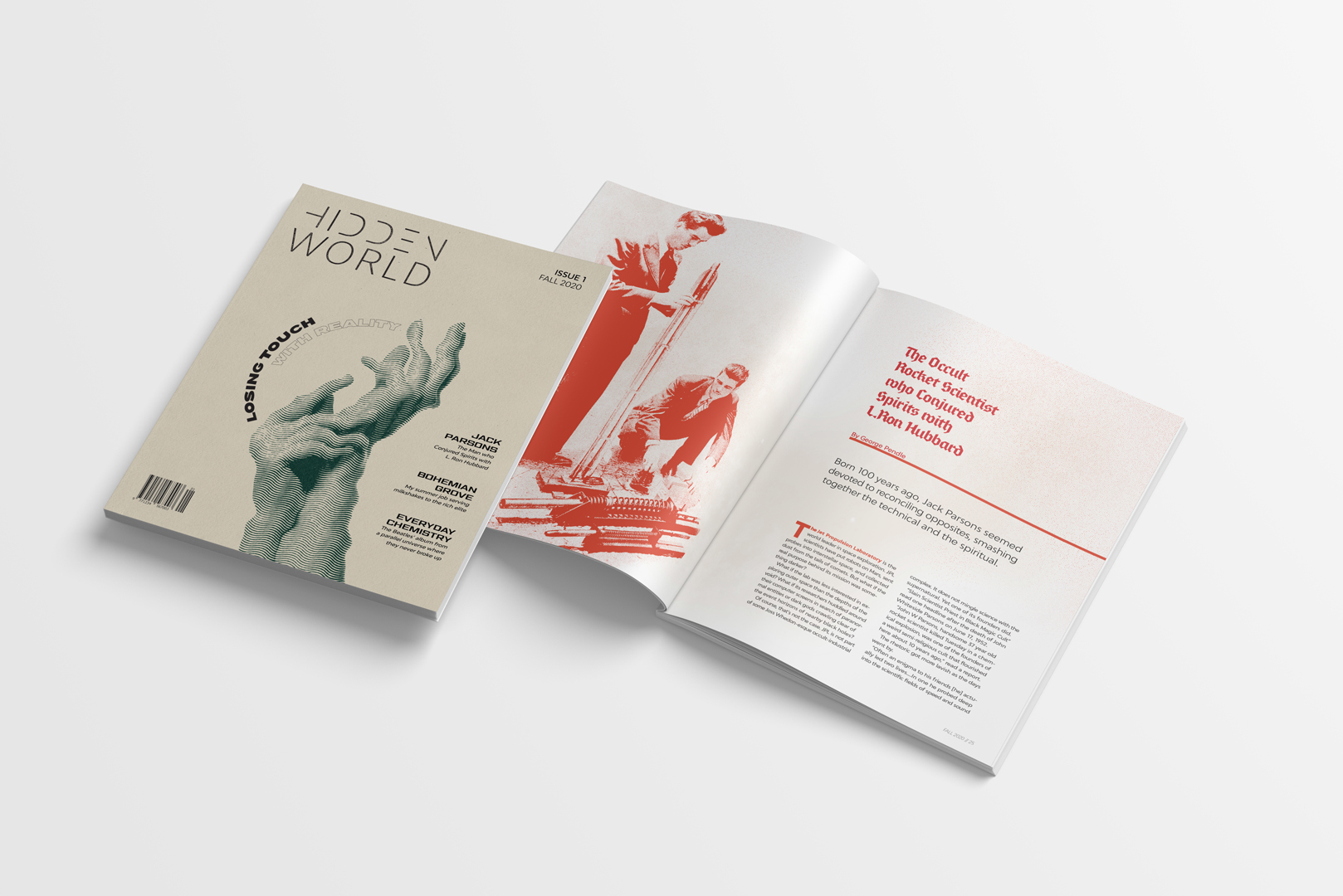 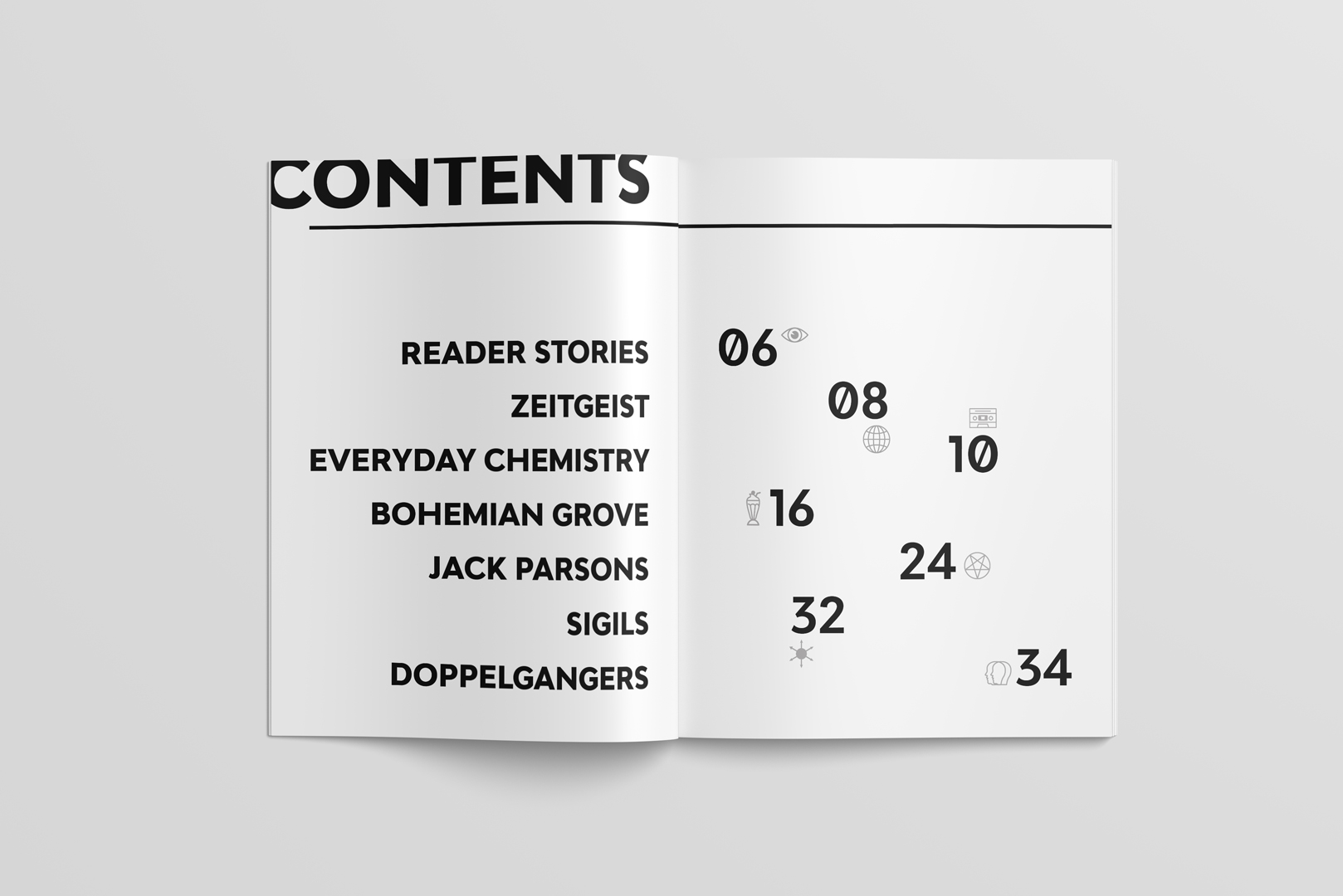 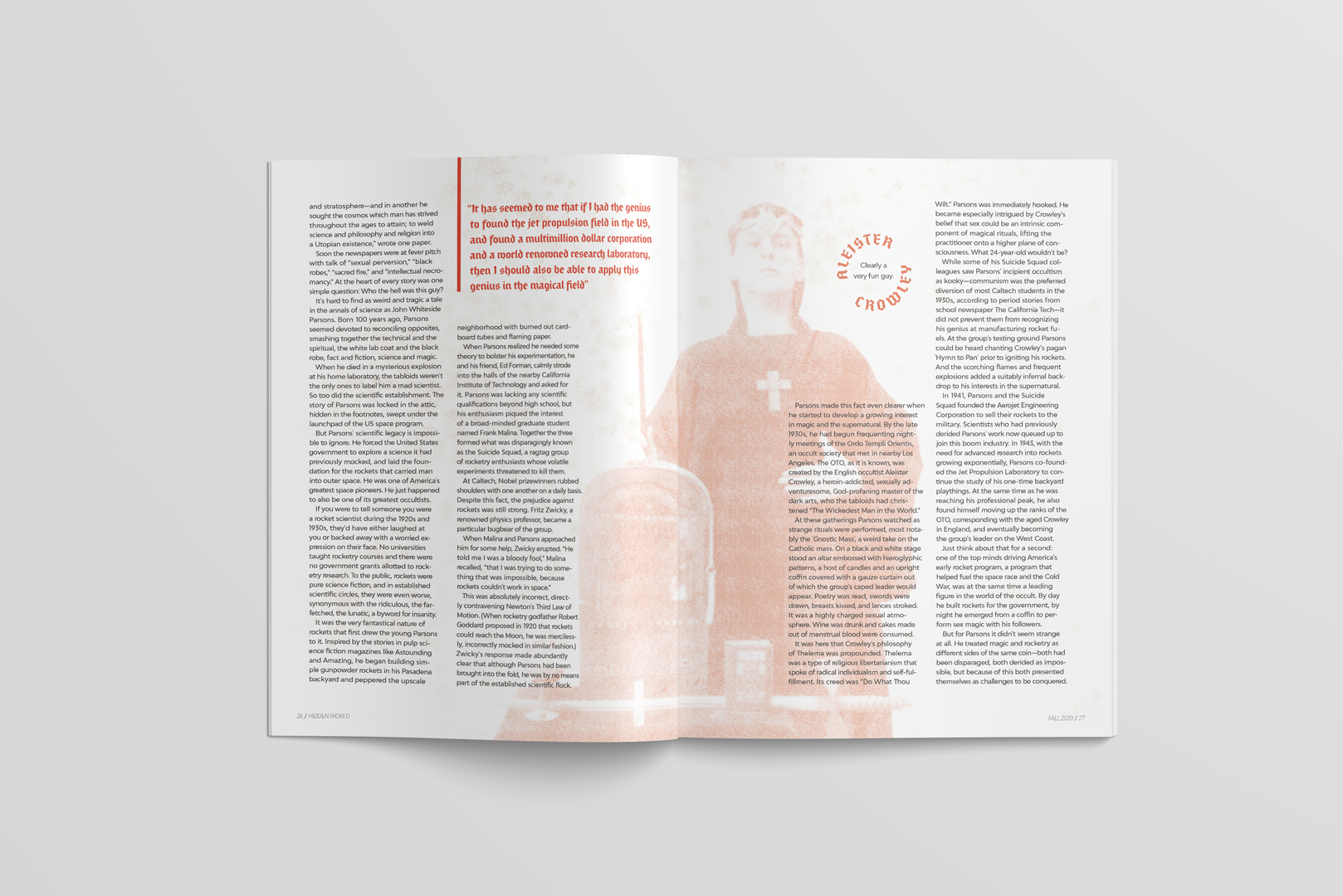 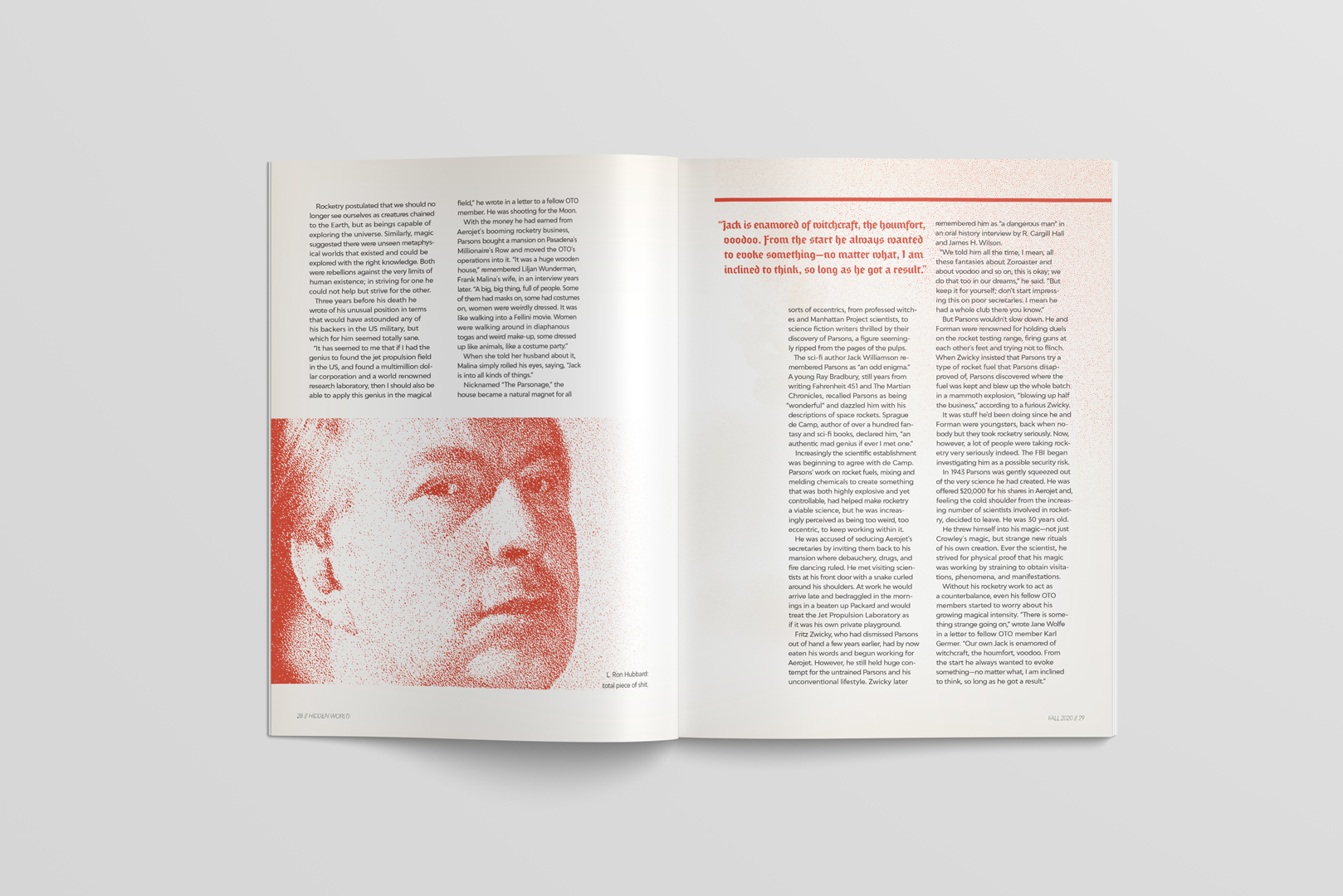 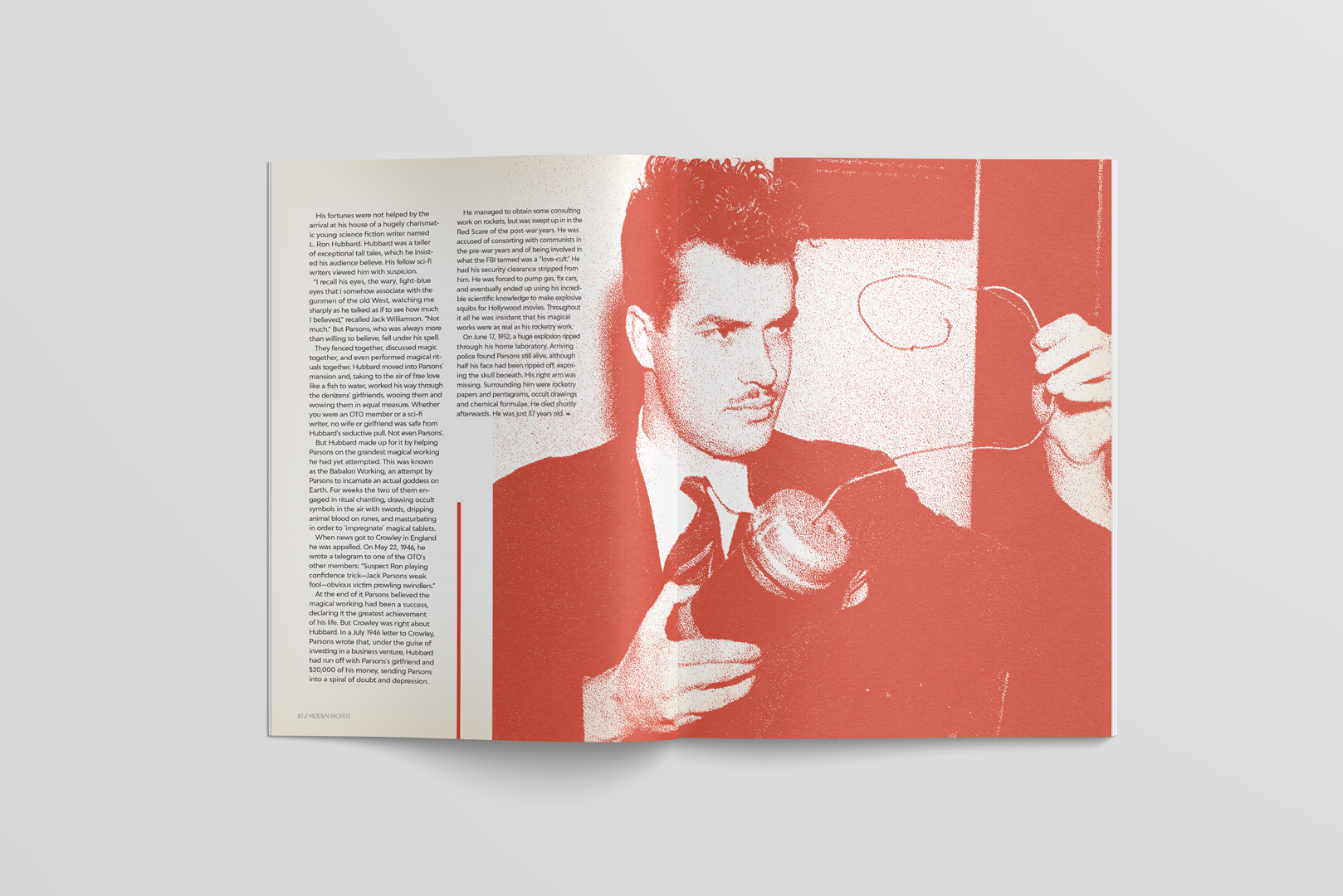 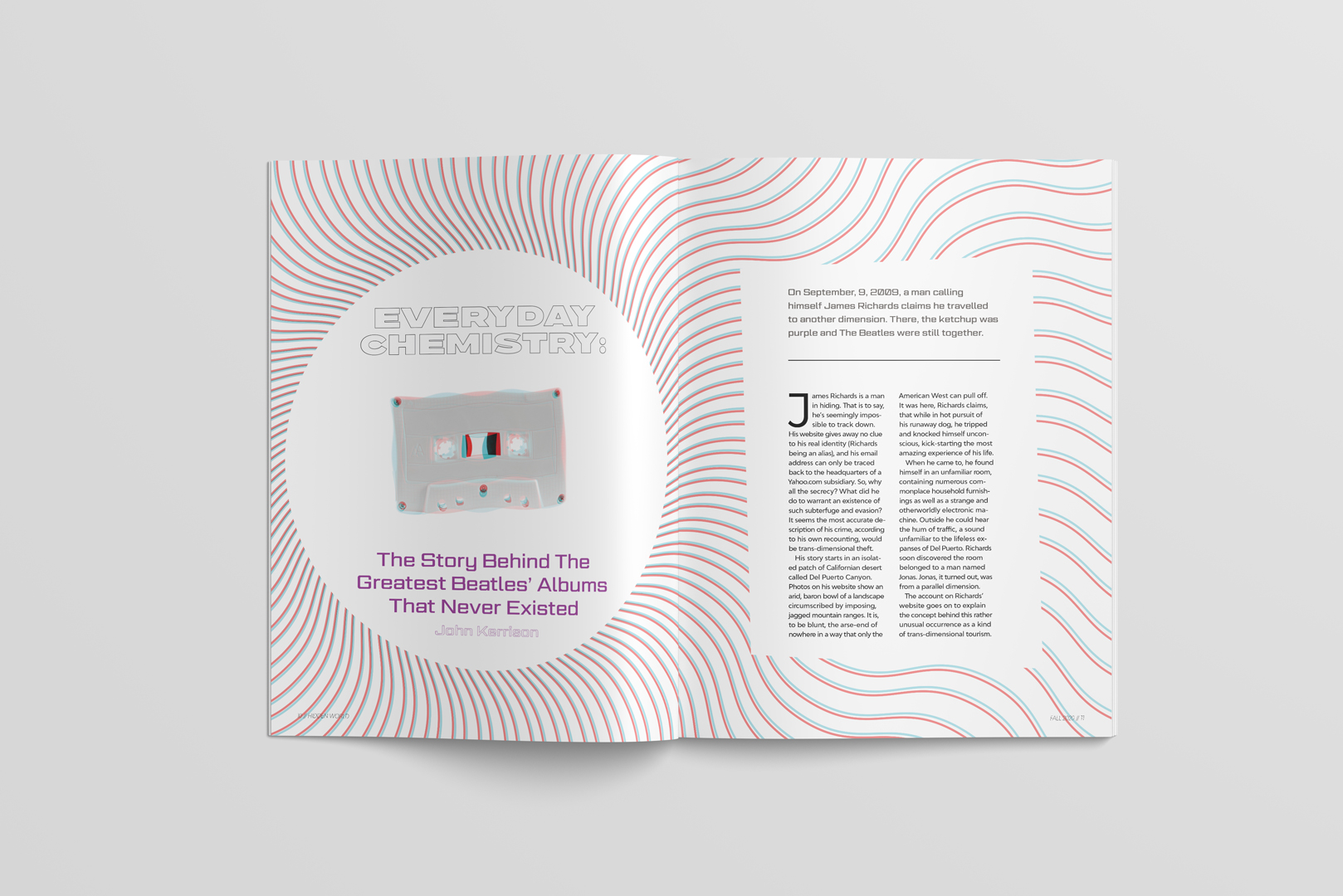 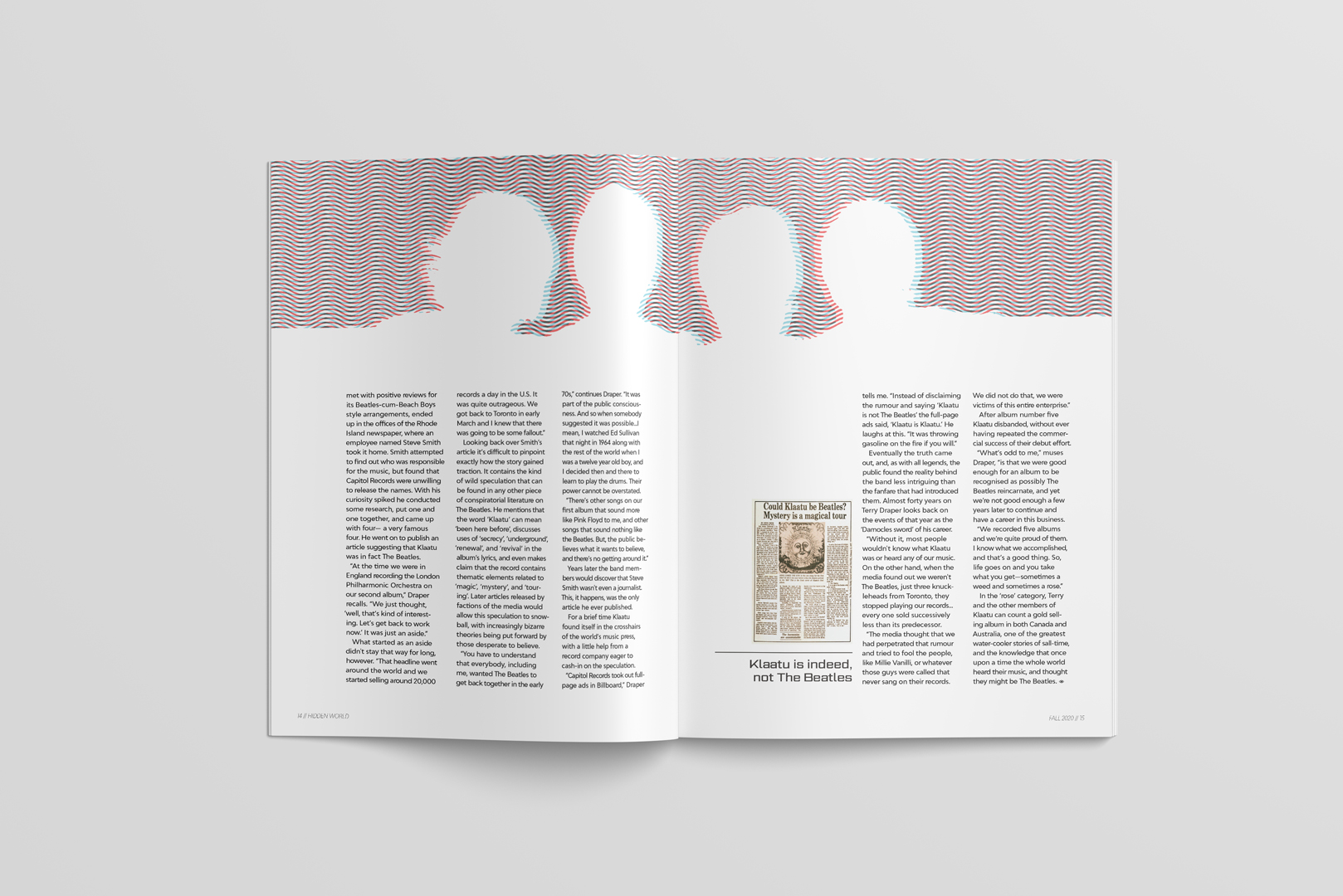 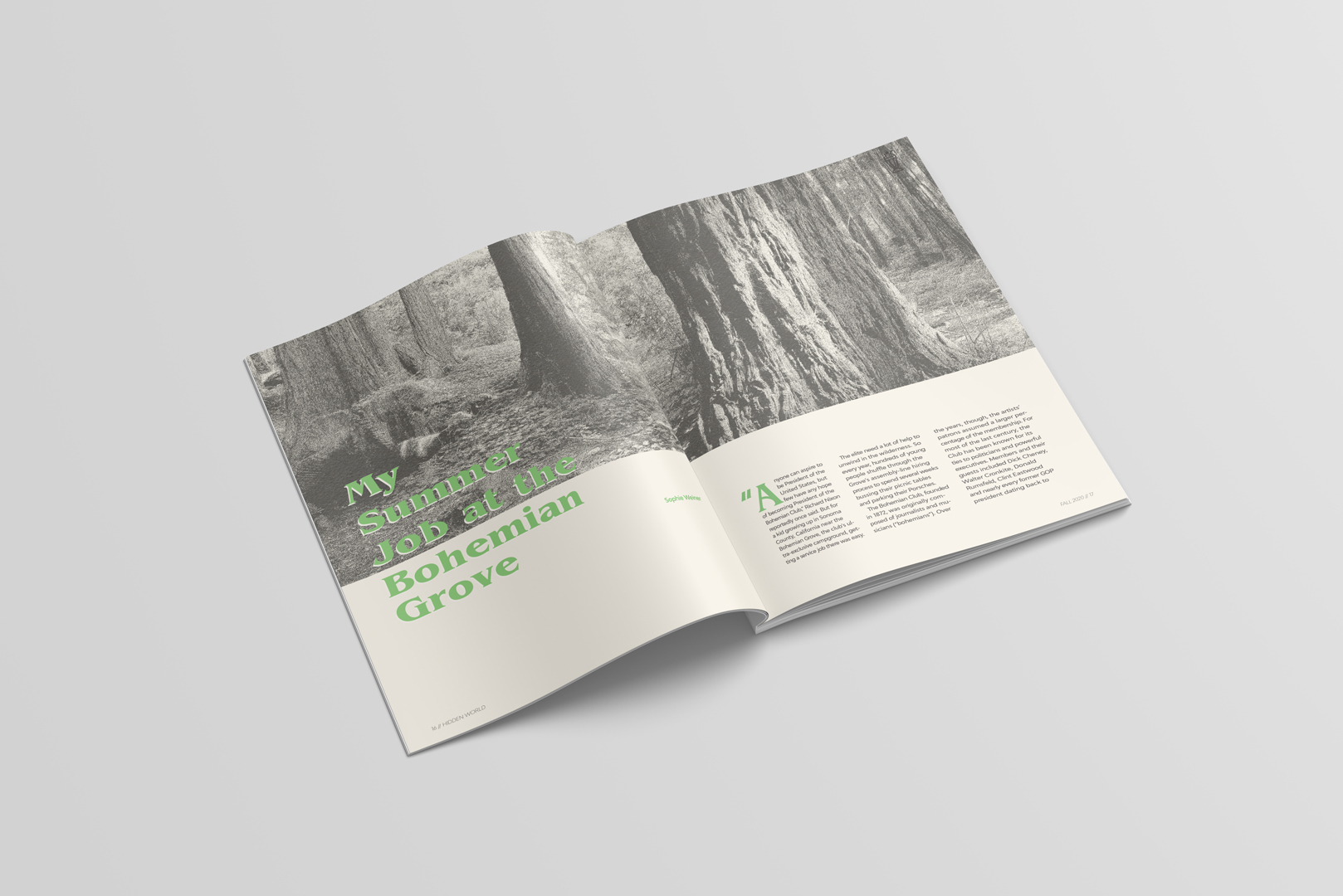 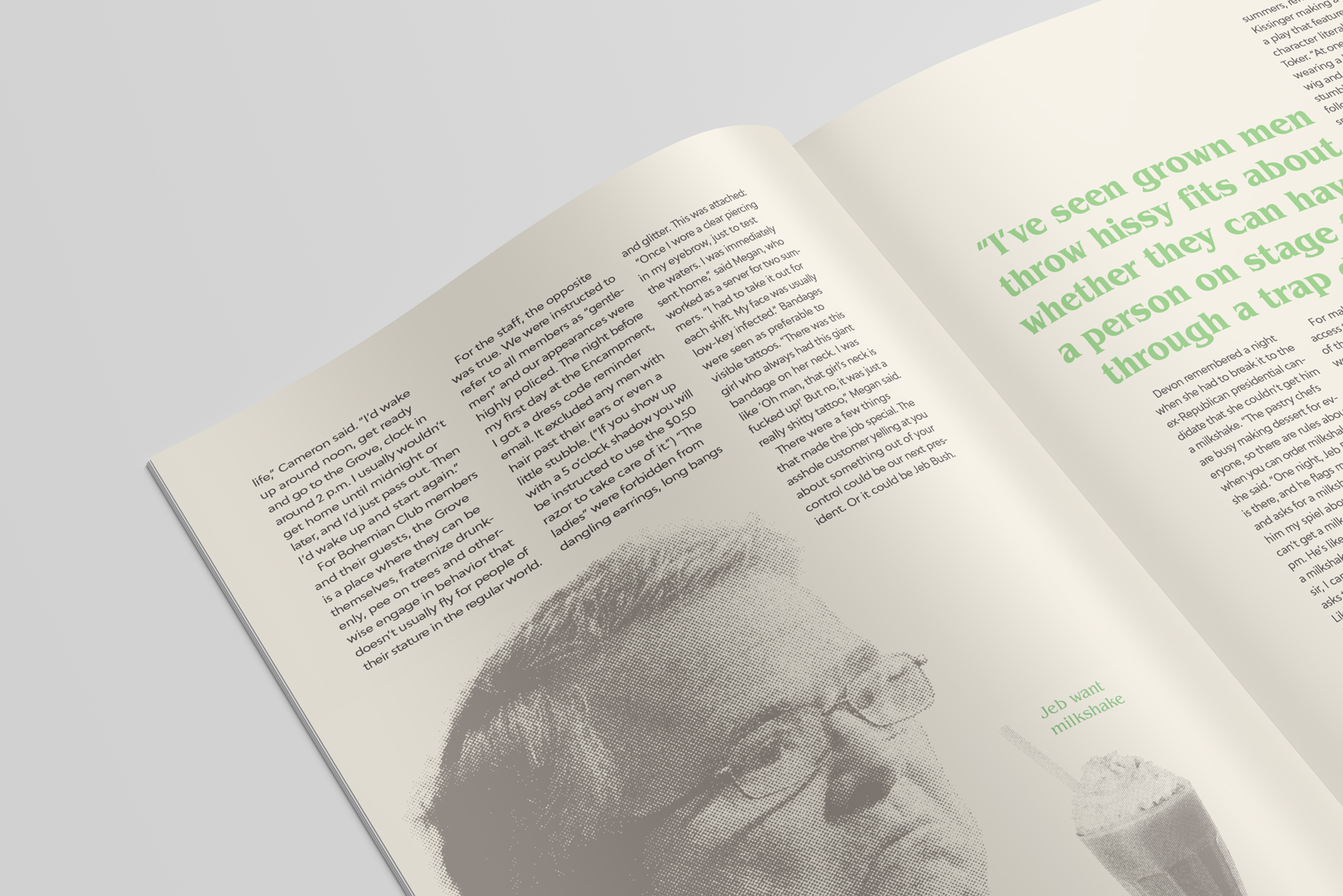 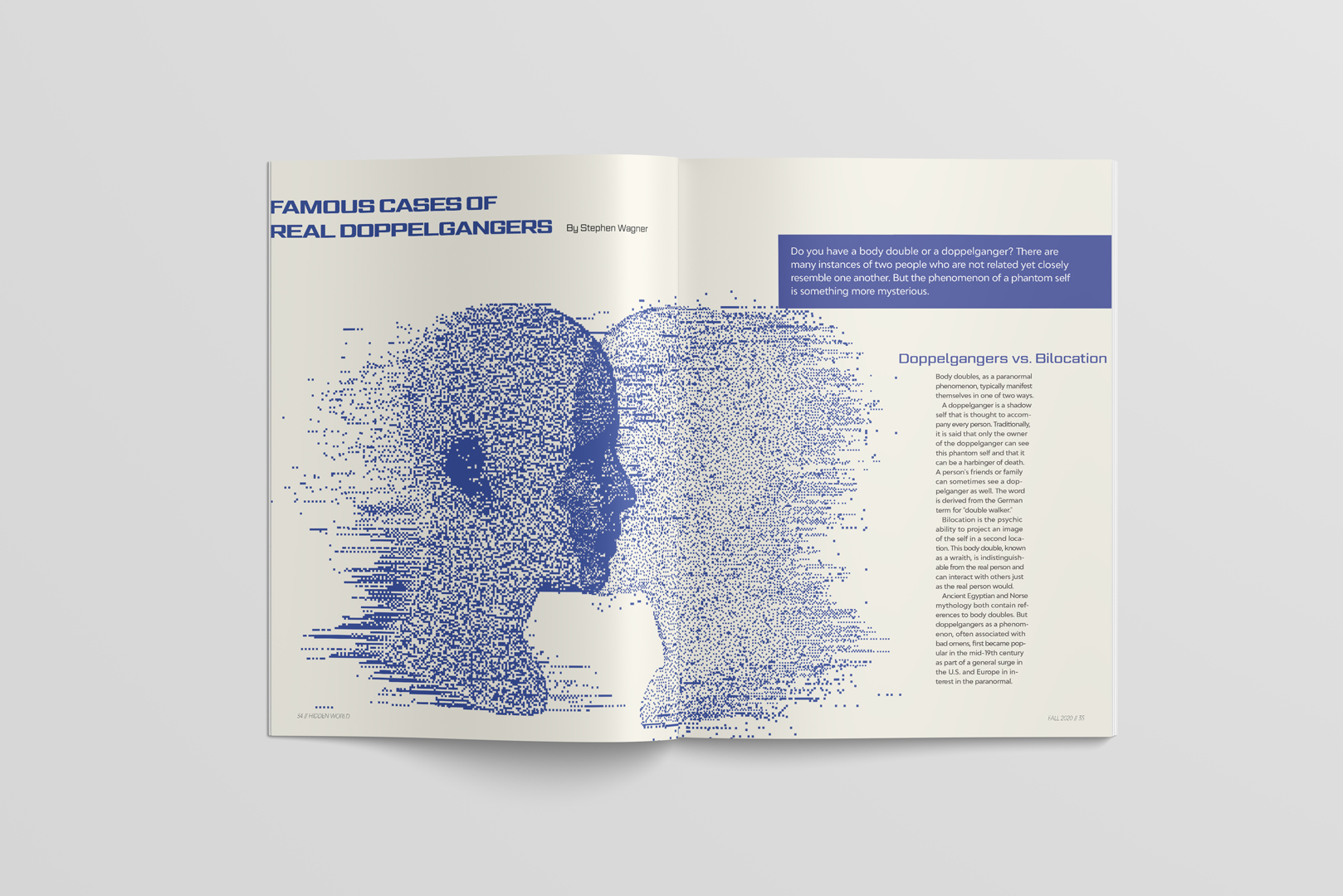 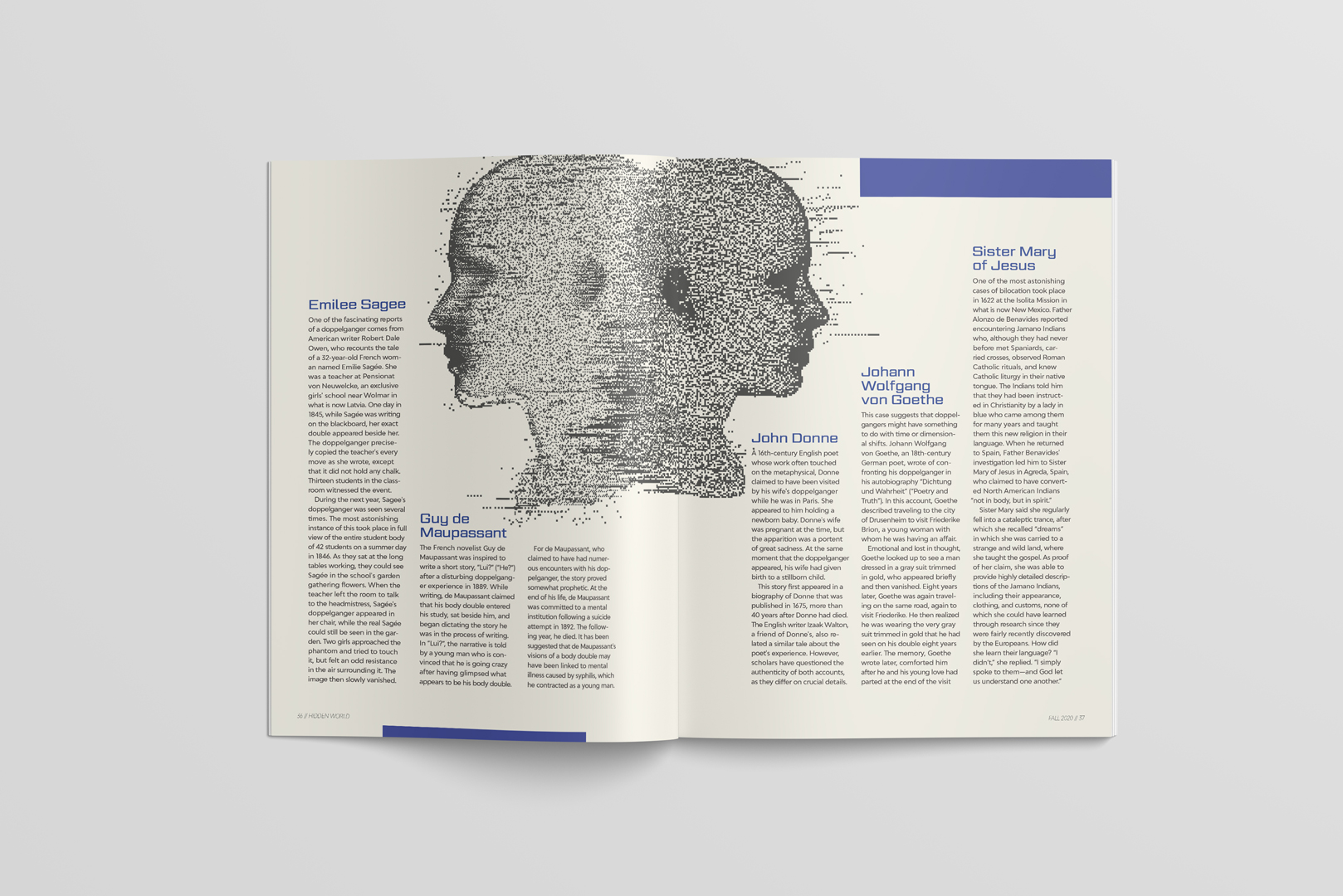 ReflectionThe concept for Hidden World has been sitting with me for some time, and I would love to pursue this as a fully realized publication. I've been interested in self-publishing for many years, and this project, in particular, is what inspired me to pursue an education in graphic design. I hope to publish another version of this magazine with more original content and slight tweaks to the structure and formatting. Also, I think the photo treatment would look especially great if it were risograph printed.